Hello to my friends, car enthusiasts and mail route drivers for US Mail south of the 49th Parallel! Let me start this article by saying as a Canadian, I thoroughly enjoy traveling in and exploring your country. Having driven from coast to coast, up and down sea boards by water and land, either for a family holiday or to rush a car across the continent, America is truly a spectacular country to see.

The easiest way to look at getting a Right Hand Drive car into the USA, through ‘Customs and Border Patrol’ and on-road in your state is to focus your search on cars that are, by manufacture date, twenty-five years old or older. This 25-year law is a rolling date, so on arrival at American shores or boarders the vehicles must be of correct age based on month and year of manufacture in country of orgin.

Which begs the question, are there any 25 year old RHD cars in Japan that would be worth importing to the United States? Would a 25 year old JDM be reliable as a daily driver in America? Could one be used on a mail route in the USA? I would answer yes to these questions. At the moment 2014 we are looking down the barrel of 1989 JDM’s becoming eligible on American shores and there are some exciting cars turning 25 years old, including a number of JDM gray market cult classics!

In the Diesel 4×4 category we have Delica Starwagons/L300’s, Landcruiser 60 series, Toyota Hilux LN106 double cab pick-ups, Nissan Safari’s to name a few. All of these cars have a reputation as mechanically sound cult classics. The Landcruiser, Hilux and Pajero are so versatile they have helped carve borders in some of the more turbulent parts of the world.

The L300 Delica and Pajero have a 4D56, 4 cylinder diesel turbo engine, locking centre transfer, locking or LSD rear diff and locking front diff. Some 1989 models of Pajero also had an intercooler. These drive-trains are very similar to the American Montero offered in the early 1990’s, but powered by the same Mitsubishi engine found in the Dodge Raider. It is a mechanically timed turbo diesel, 2500cc that handles cold climates well for it’s age, and can stand up to North American traffic speeds without embarrassing you. Both the Mitsubishi Pajero and the Mitsubishi Delica were popular JDM’s in their time not just for their mechanical characteristics, but also for their endless factory options. The Delica’s had multiple seating figurations, optional karaoke machine, ice maker, curtains, ladders, racks and aftermarket accessorizing galore: 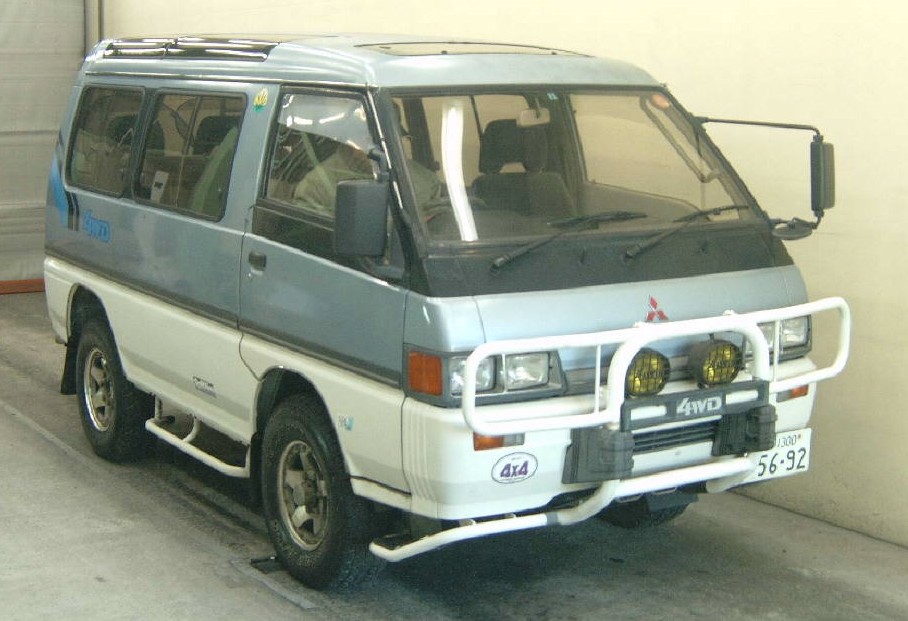 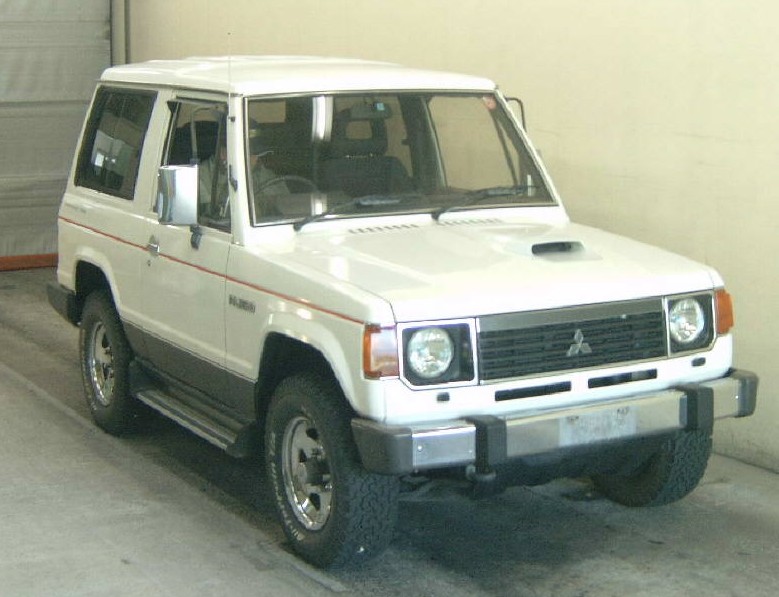 The Toyota Landcruiser 60 series out of Japan is available with a fairly high level of spec, the VX limited package was introduced in 1988, but fairly common in 1989. Engine options were a 4L Diesel, turbo and naturally aspirated 2H and 12H-T 6 cylinder 4000cc engines. 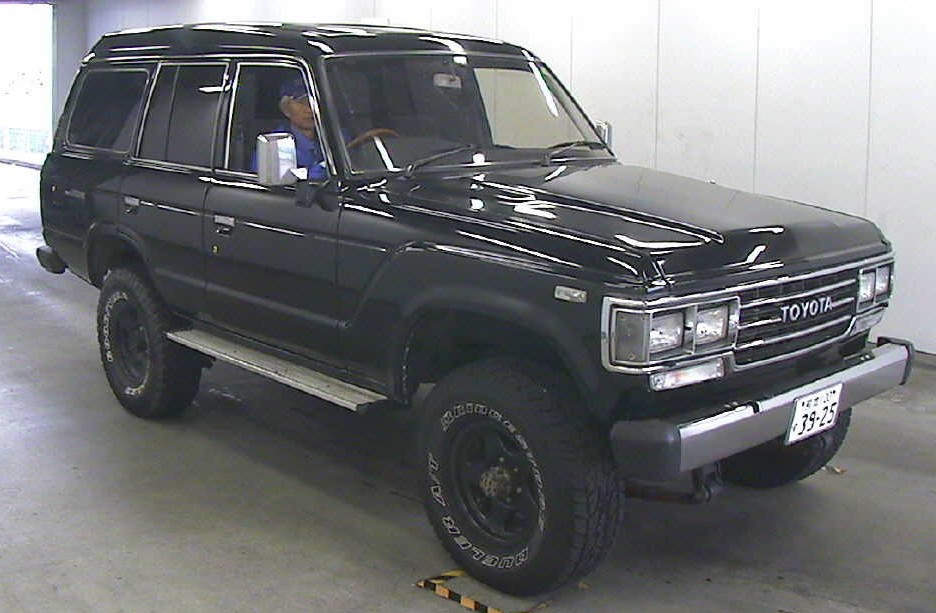 Toyota’s Hilux was available in a very popular configuration in 1989- the double cab LN106 4×4 with 3L naturally aspirated 2800cc engine, 5speed gearbox.  They are a basic truck, with a reputation for being bulletproof. 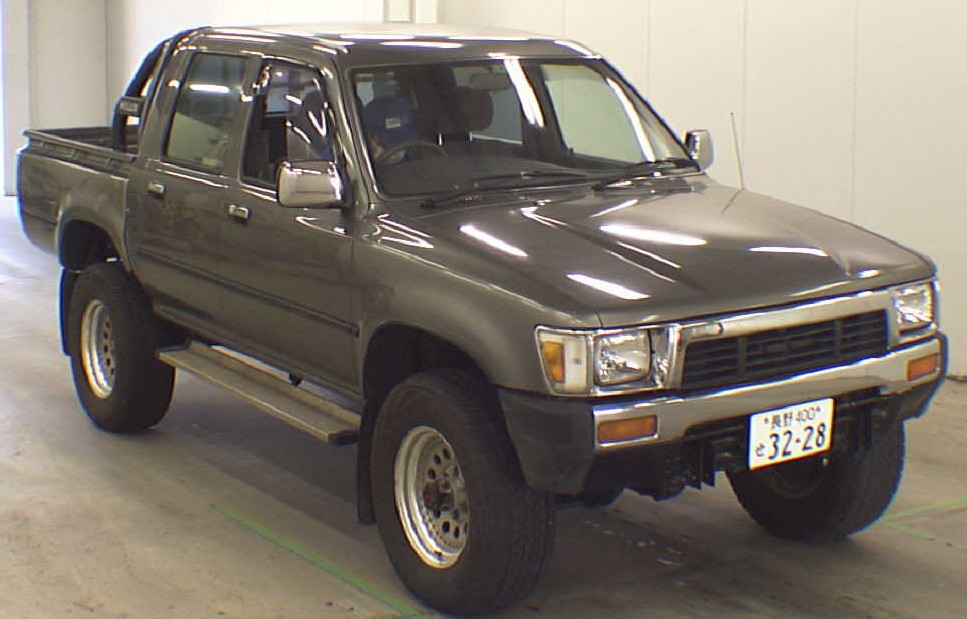 The last vehicle I will draw your attention to in the diesel 4×4 category is the Nissan Safari aka Patrol. This 4×4 predated the Landcruiser 80 series by a year and in many respects set the standard for full size SUV’s in the 1990’s. The Safari’s in ‘89 were available in short and long wheel base configurations, high roof, OEM PTO (With cab controls right on the gear stick!)winch and similar to the 1HZ and 1HD 4200cc inline 6’s in the Landcruiser 80’s, the Safari was equipped with TB42 and TD42 engines. 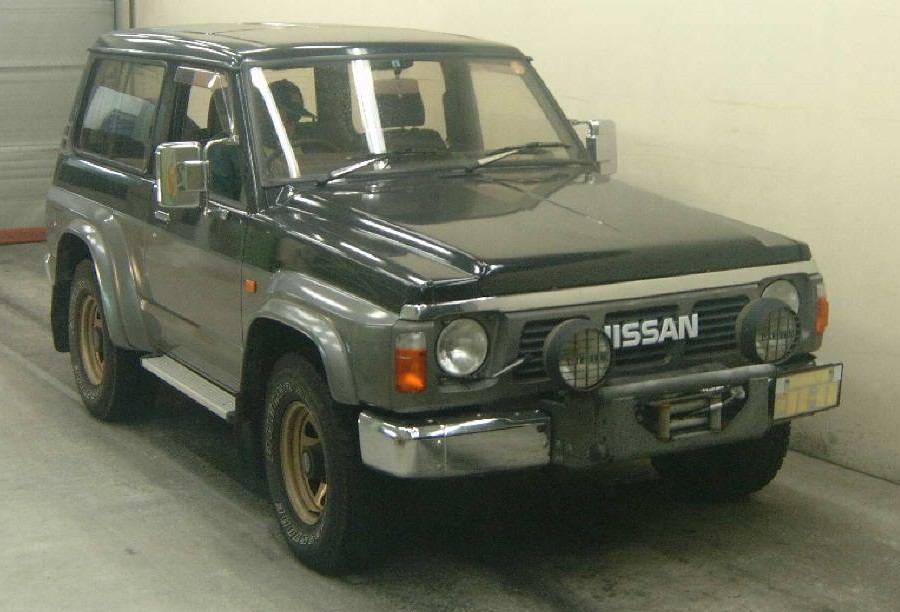 There were a number of JDM sports cars available in the late 1980’s from RX7’s, Silvia’s, Celica’s and MR2’s but the most important car to come of age in 1989 was Godzilla. Nissan’s BNR32 Nissan Skyline GT-R was the flagship for a whole fleet of re-designed Skylilnes. The R32 established many things for Nissan both on track and in car culture. Even 25 years later, this car is popular in countries that will allow for it’s import in tuning and tracking circles. The RB26 engine has not yet gone out of date with many companies still manufacturing parts. We’ve had them here, and love them!

R32 Nissan Skylines are currently eligible for import to the USA, but take great care in your quest for one. At Bonsai Rides, we recognize these are 25 year old tuner cars. Pre purchase inspections are paramount for a car like this to make sure you are not getting into hidden accident history, odometer history or the like. In the past calendar year we have seen a sharp price increase in 1989 and 1990 model Skylines that are import worthy. 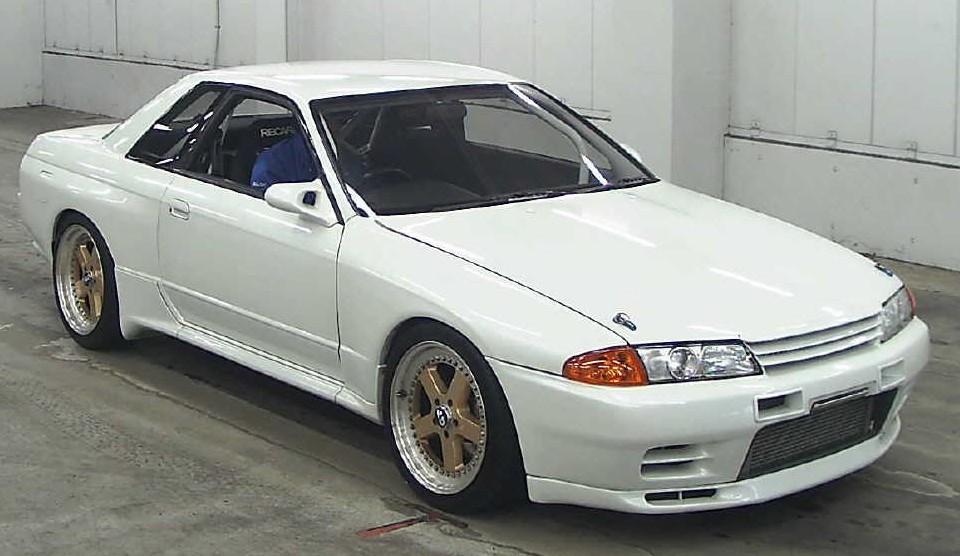 The final category can be characterized as the JDM oddballs, collectibles, Kei class, otherwise smaller than usual or even circus worthy.

Here is a quick taste from Nissan (not Kei class, but small and unique). 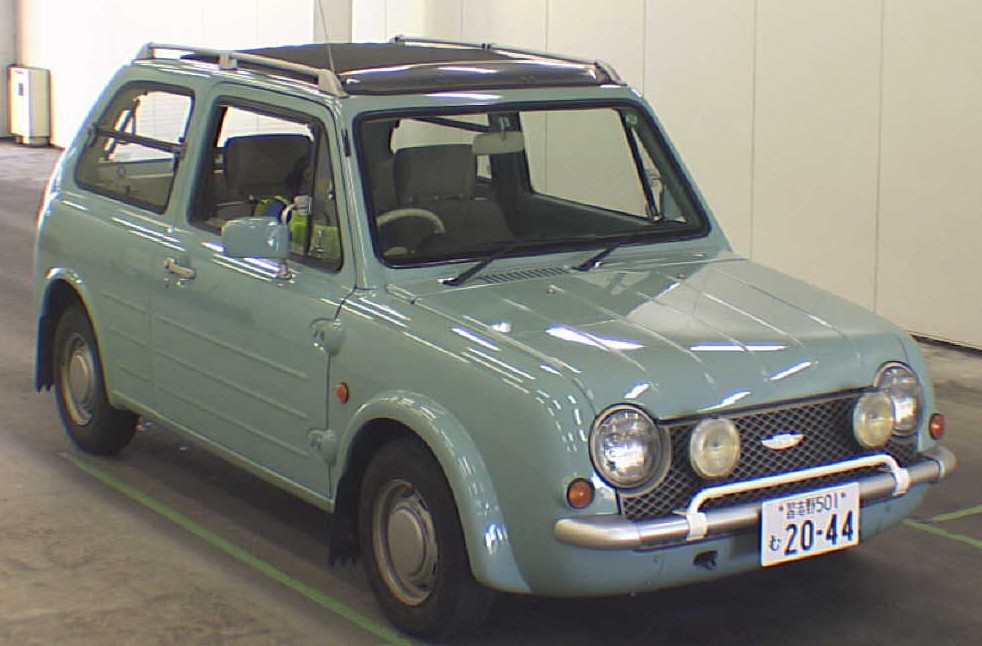 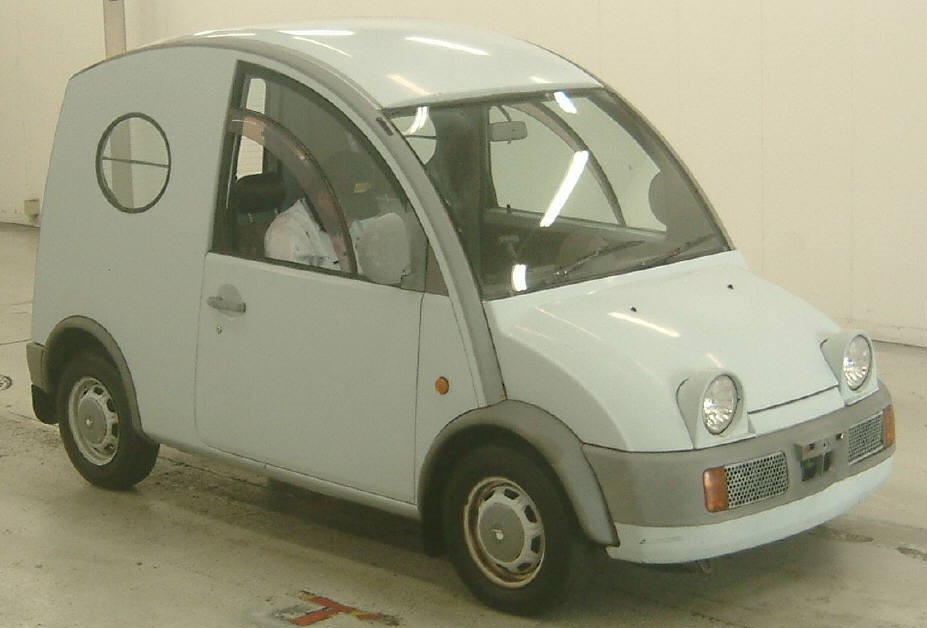 And a Kei class trucks in 1989 can be imported for use ON-ROAD in the USA now: 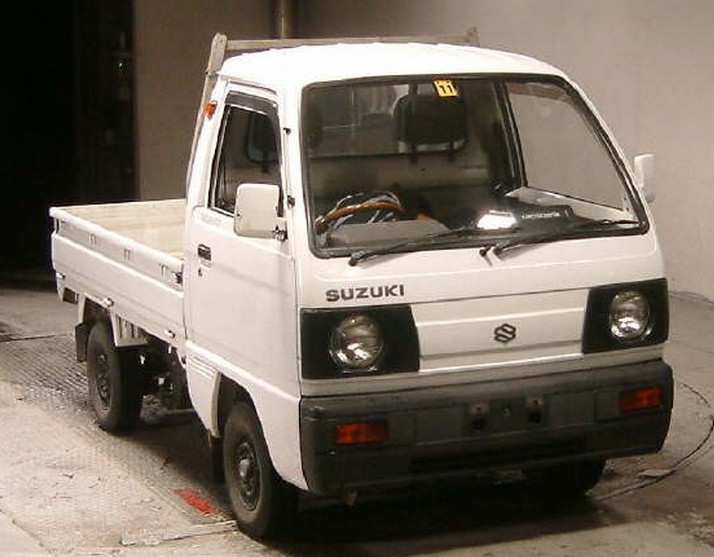 For more information on importing a JDM from either Canada or direct from Japan, please contact us. We can provide logistic services to major land and sea ports through-out USA.